Matera, the eternal city, the oldest urban settlement in which life has been flowing continuously from prehistory to the present days. A small great jewel in the deep South of Italy that decided to defy time, winning its challenge by becoming UNESCO patrimony and European Capital of Culture 2019.
Also called the “City of Sassi“, named after the ancient and characteristic wards (Sasso Barisano and Sasso Caveoso) excavated in the tuff, Matera is the capital of the province with the same name of the Basilicata region. Located about four hundred meters above sea level.
The history of Matera is very ancient, the city has experienced numerous troubled vicissitudes that have led it to be extremely poor. In the Sassi wards the Materans shared the struggle for survival with animals, the latter were considered so important that they lived together with people in caves used in houses often of very narrow size, with families that most often exceeded ten units.
In 1993, the Stones of Matera were recognized as a World Heritage Site by Unesco, the first site in southern Italy to receive this award. The first stage of a long and tortuous process of recovery, redevelopment and enhancement, in which the old wards in tuff have once again become protagonists of city life and have been given to the world as an example of survival in extreme living conditions.
Today Matera presents itself to the world as one of the most precious jewels of southern Italy and the whole nation, a concrete example of social redemption. The city produces culture thanks to the many museums and attractions present, the exhibitions in the Sassi, the countless historical testimonies from the entrenched villages to the cave churches that help us to better understand human evolution. The many visitors from all over the world can live the unique experience by staying in the caves, in the same places where once men and animals lived, today hotel rooms and b&b equipped with any modern comfort. The local cuisine is genuine and exquisite, based on the typical products that the land gives us. Among the many delicacies of Matera gastronomy, it is impossible not to taste the magnificent and unique bread of Matera, recognized under the brand I.G.P. (Protected Geographical Indication). Matera is also referred to as the “Jerusalem of the West“, which is why it has been chosen by important movie productions around the world as location.
On October 17, 2014, Matera received another very important award. The city has been designated to be European Capital of Culture in 2019. A historic milestone that represents the consecration of a city dedicated to culture and tourism, an extraordinary example of southern resource that offers and does not require. The definitive redemption for generations and generations of Materans, once imprisoned in the definition of “National Shame” and today proud of their provenance and origins.
If you wish a catholic ceremony in Matera you can choose among the many stunning churches located within the city and nearby. Civil (legally binding) weddings are celebrated in an ancient monastery, decorated with amazing, precious fresco paintings and authorized by the town hall authorities, located in the heart of Sassi district. The ceremony can be held in the wonderful indoor hall or in the outdoor court, with breathtaking view of the particular houses all around. Your reception can be arranged in Matera, choosing one of the many restaurants located in suggestive caves, where fantastic lighting systems enhance the natural beauty of these places and create an atmosphere that can’t be easily told by words!
If you are looking for a very meaningful place, rich of culture, traditions and unique views, Matera is surely the perfect place for your exclusive wedding! 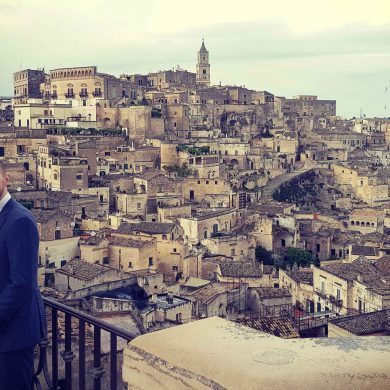 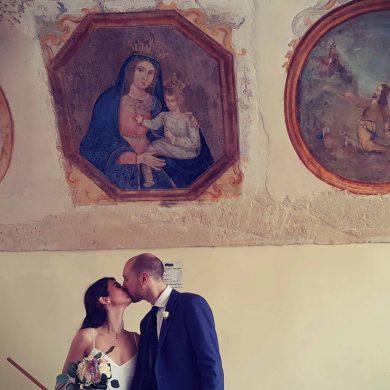 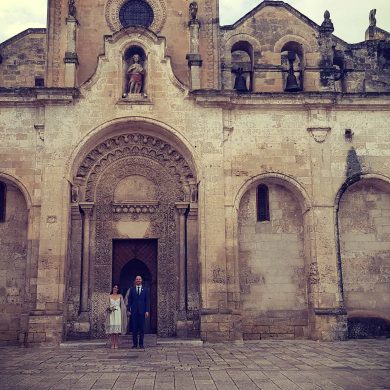 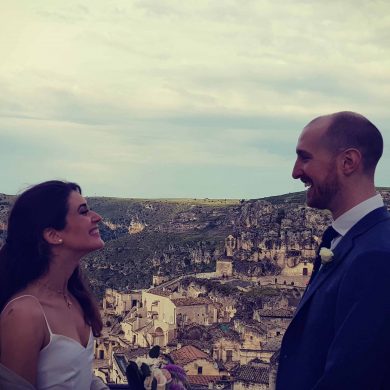 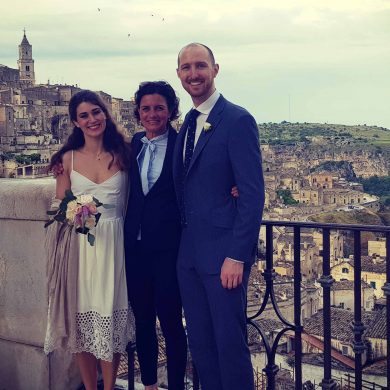 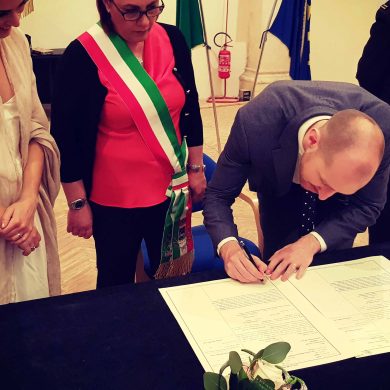 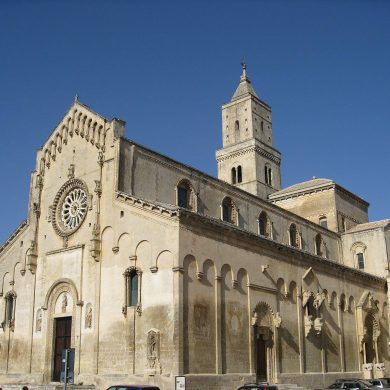 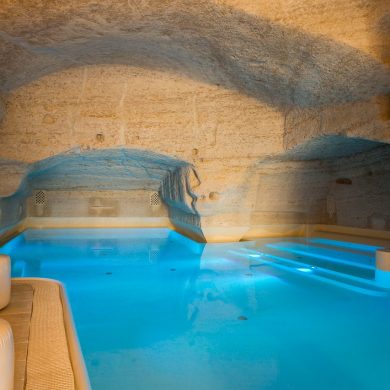