If you are looking for something trendy, glamorous and absolutely original for your charming wedding, a Masseria or a Trulli house will be perfect for you!

The “Masseria” is a traditional farmhouse in Puglia, once managed by the farmers that used to build it in tuff, a sandstone that they could easily produce. Usually, it is surrounded by high walls to protect its residents since the Turkish pirates occupied the area in the 15th century and after, this is why most Masserie are original from the 16th and 17th century. It was a sort of an Italian borgo for the Apulian people living in the countryside, where more than one family used to live in smaller houses among the estate and work the fields producing wine, corn, olive oil, cheeses, and the traditional Italian products.

The “Trullo” is a round, conical-roofed, stone house, invented in the fourteenth century and symbol of Puglia region. Not only a charming wedding in a Masseria but a proper “time travel” for a lifestyle wedding experience in Italy. We do suggest to visit the most beautiful towns in Puglia during your wedding days, such as Alberobello with its UNESCO heritage trulli houses, Locorotondo, Martina Franca and the Itria Valley, Polignano a Mare, Monopoli, Castellana Grotte and its spectacular caves, Ostuni and the Basilicata Matera, 2019 European capital of culture, since they are all nearby. 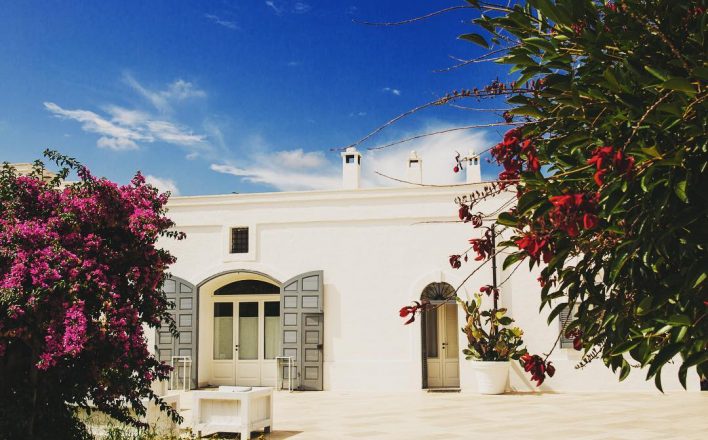 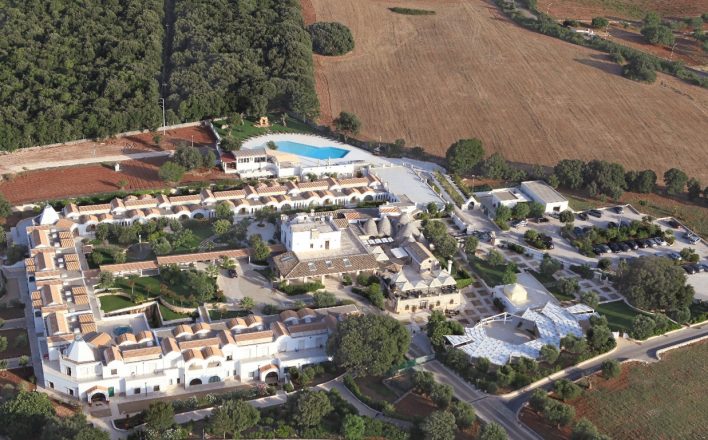 Built in 1600 as a fortified farmhouse, Masseria Martina is immersed in an oasis of natural beauty, a protected Mediterranean forest, spangled with rural buildings: the trulli typical of the country tradition and the masserie, symbol of the feudal tradition… read more… 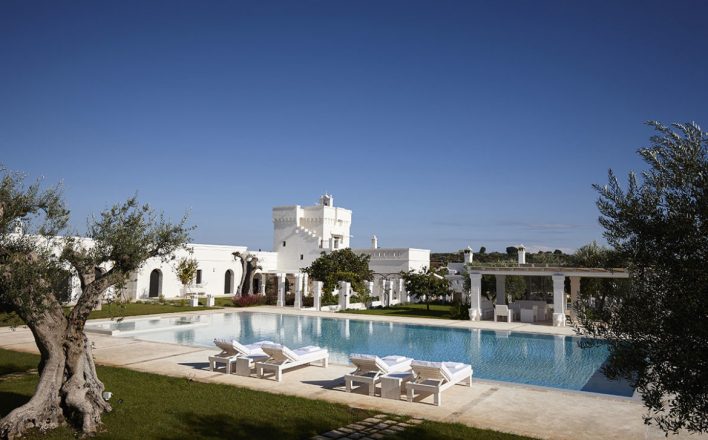 Masseria Glamorous is an old and completely restored 19th century farmhouse, located in the Apulian countryside near Polignano a Mare, in just 45 minutes from Bari International airport… read more… 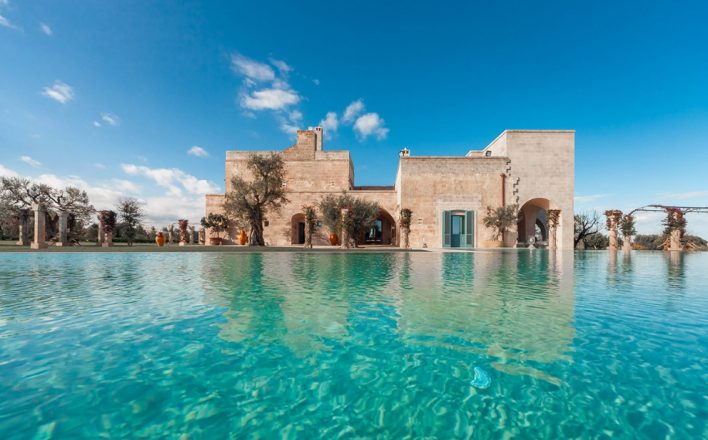 The Masseria is a luxury private residence in the heart of Puglia, located 60 km south from Bari airport. It can be rented throughout the year in exclusive use, with a minimum booking of 7 days… read more… 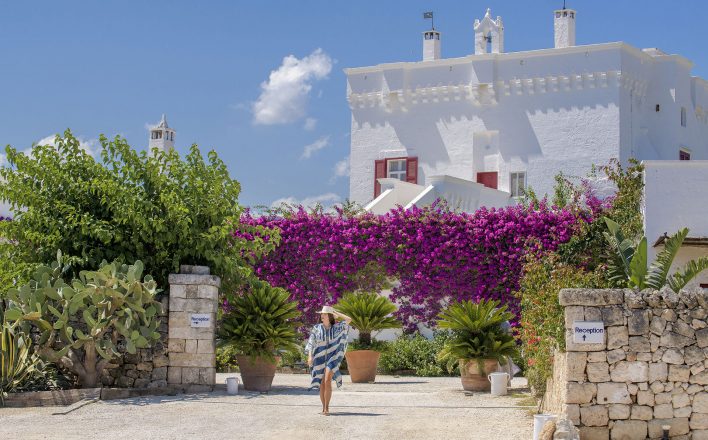 The Masseria Moon was built in the XVI century. It is located in short distance from the main airports of Brindisi and Bari…read more… 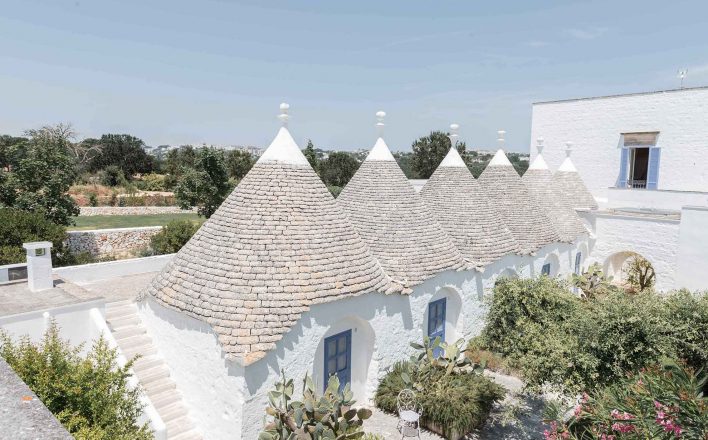 The feeling of the guests on their arrival at the Trulli is like coming home after a long time away. Set in Itria Valley, the heart of Puglia, the Villa is just a few minutes away from Ostuni seaside…read more… 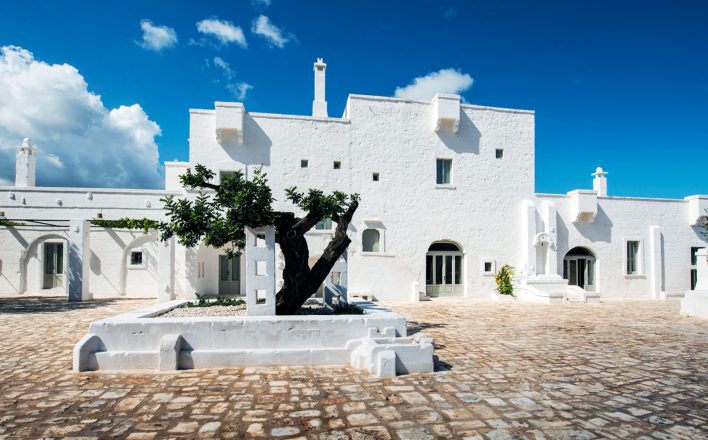 Masseria Ostuni is a typical masseria (farmhouse) with a traditional tile roof, whose walls have the inner side with the stones in view and the external side whitewashed… read more… 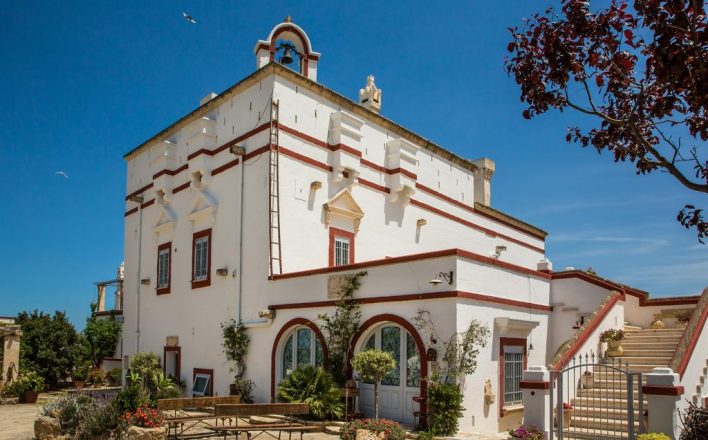 This dwelling, once home to peasants, dating back to the 17th century, is one of the most elegant and unique boutique hotels in Puglia… read more… 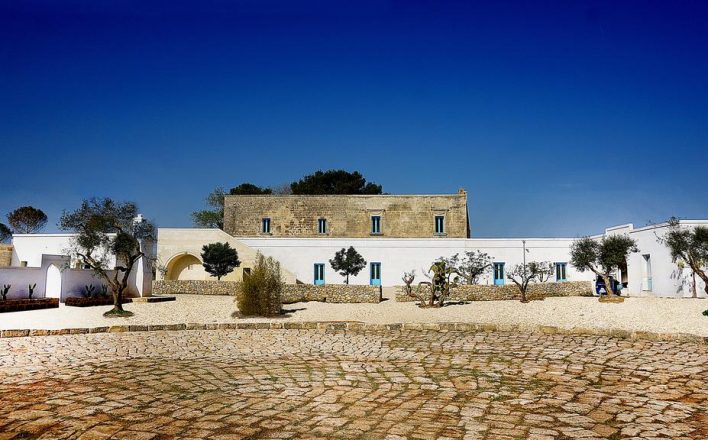 The Masseria Romantic is a great biological estate located in the heart of Salento, where you can enjoy a super relaxing stay, away from daily life to find your individual priorities and just being yourself!… read more… 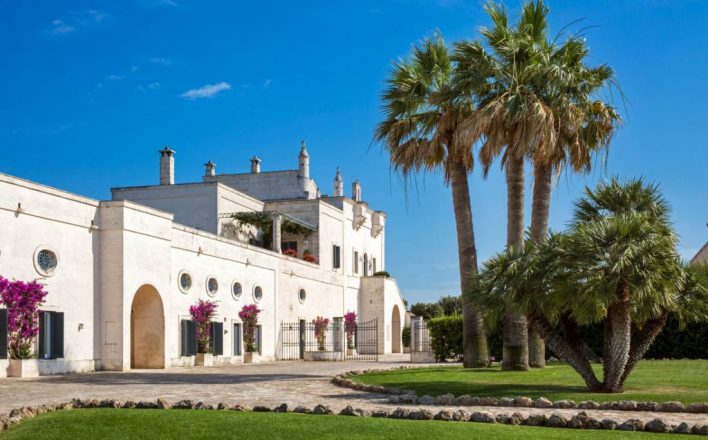 Against the backdrop of the blue Mediterranean sky and sea, Masseria Luxury lies only 500 metres from the Adriatic coast in the Italy’s Puglia region, its whitewashed building standing amidst centenarian olive groves… read more… 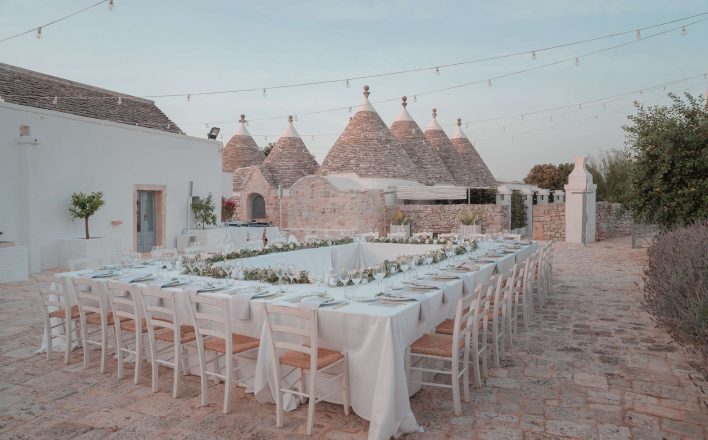 The venue looks like a farm in the vineyard. The stunning vineyard that embraces the masseria gives the Baresana and primitive grapes…read more… 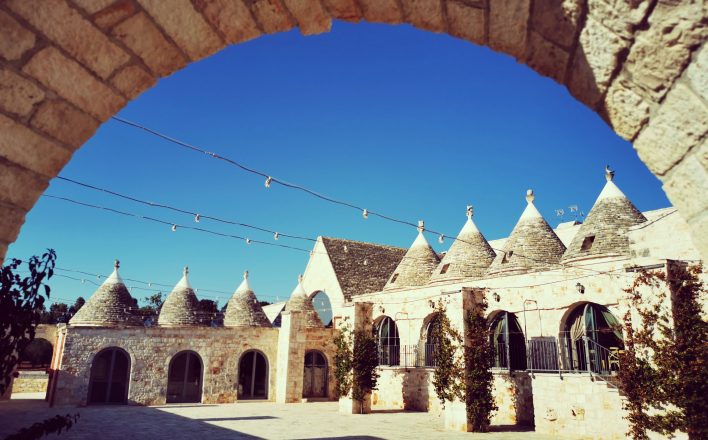 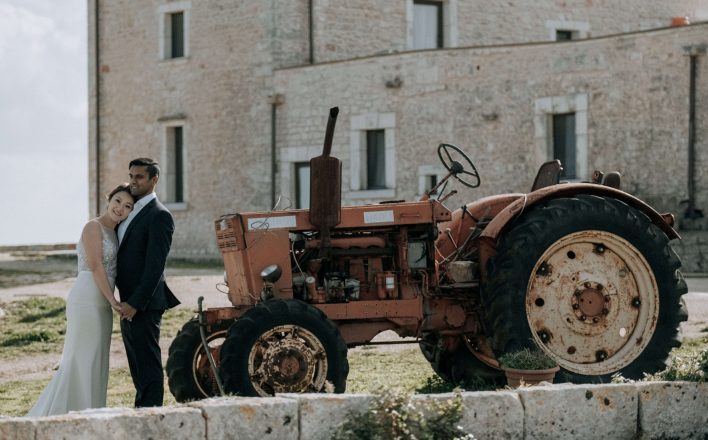 The panoramic Masseria, located in 5 minutes car distance from Ostuni, is characterized by an uncontaminated natural environment and covers about 80 hectares…read more… 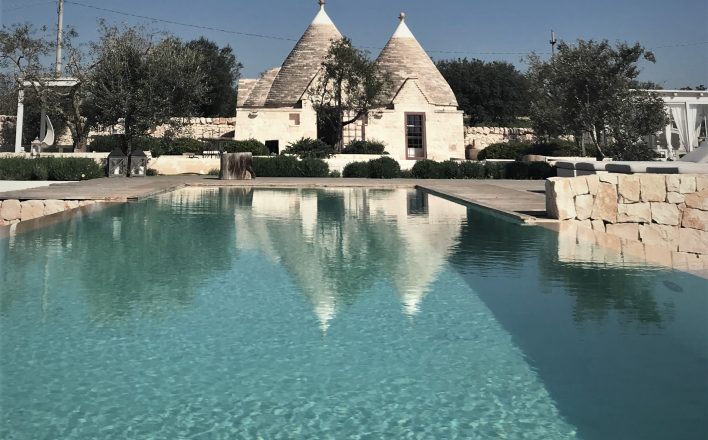 When renovating it, the owners wanted to keep the Trullo building as immaculate and pure as possible and restored it on a stone-by-stone basis…read more…